Daily delights: a seaside town out of season 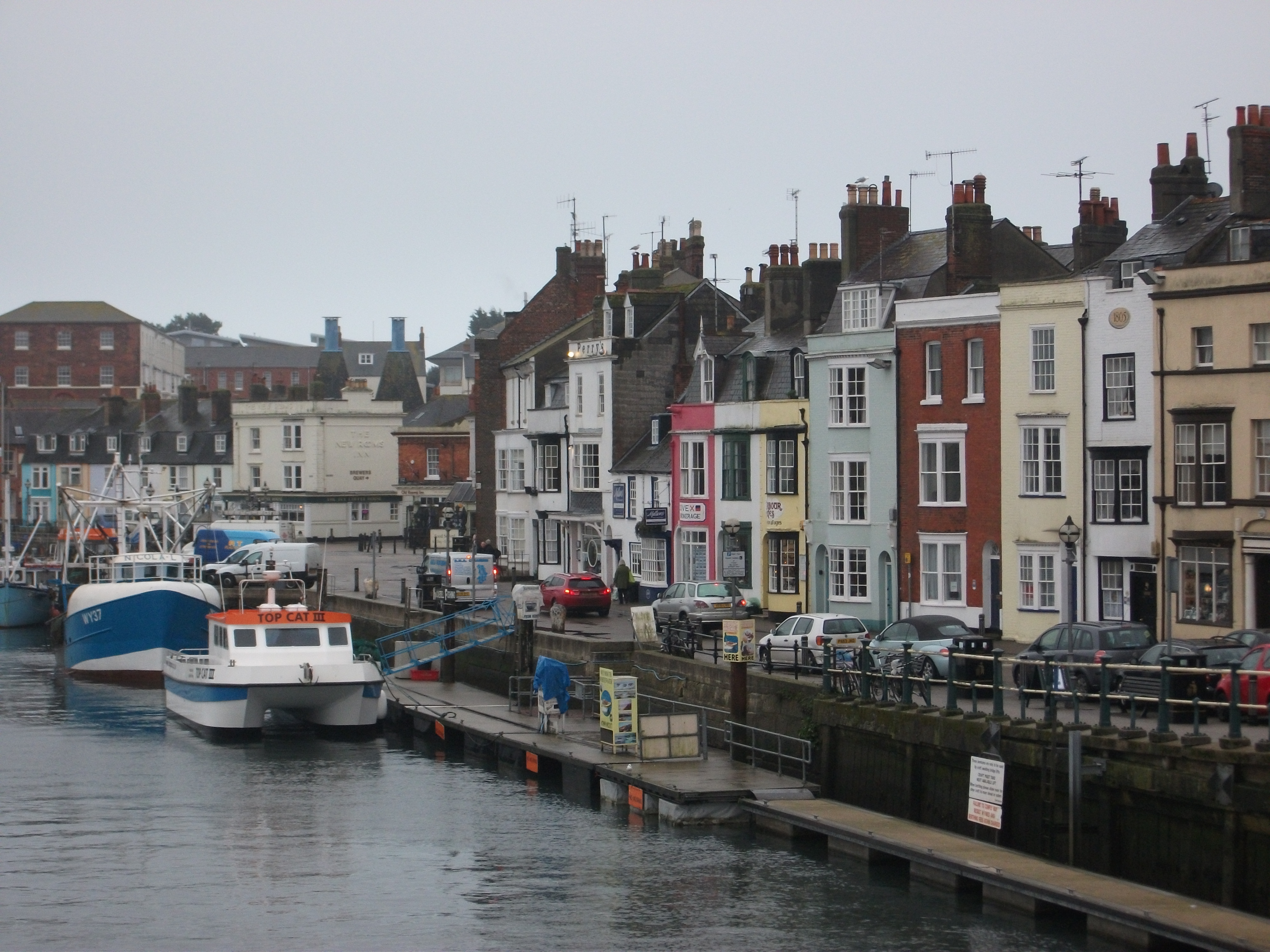 Maybe I have read too many mid-century novels or maybe it is the memories of my 1970s childhood but I have always liked English seaside towns. And as nobody goes to the seaside in the UK for the weather, I particularly enjoy them off-season.

There is something about a half-closed town by the North Sea or English Channel that is liberating. It may be the damp mist which clings to the cheeks and reminds me of being a child with a wondrous world ahead of me. Perhaps it is the bracing salty sea air that blows the cobwebs away and induces deeper sleep than in the city. Or maybe it is just that a train journey and a B&B are enough to make me feel like I am on holiday to get me off the hamster wheel – even if only for a day or two. In any event, Mr M and I usually retreat to the English coast several times a year to change gear and this time the destination was Weymouth on the Dorset coast.

We arrived at dusk on a drizzling February day and two days of familiar delights unfolded. The Rex Hotel is typical of hotels and B&Bs in these seaside towns. A fine late Georgian building looking elegantly out onto the sea with a little too much chintz on the inside but tea-making facilities in the room – the height of indulgence for my parents’ generation. This hotel has a modestly grand but faded staircase down which a contemporary of Jane Austen’s Lizzie Bennett or Marianne Dashwood might have skipped in anticipation of walks along the seafront with her beau.

The small harbour was filled with rusty workaday fishing boats – complete with gulls in search of leftover fish – and shinier tourists vessels. The harbour side is dotted with old warehouse buildings converted into trendy bars for the local youth and with restaurants offering updates on traditional English meals and fish dinners of various description*.

Meandering through the streets we stumble across fine chapels, a stately guildhall, Victorian red-brick municipal halls and a working men’s club – oddly enough with young ladies smoking on the doorstep. Banks are still housed in buildings that look as if they were home to a Mr Mannering-style bank manager. And bay fronted houses announce themselves as tea rooms, offering scones with clotted cream.

Mr M and I enjoyed a wet wind-swept walk along an all but deserted beach. With each step into the damp sand, my leg and stomach muscles contracted to maintain my balance. After months of being firmly pegged in a desk chair and a week of excruciating lower back pain, this simple exercise felt as challenging as a hike up a Munro but equally rewarding. For a couple of hours we forgot the work-related worries and soaked up the elements as our senses of sound, smell and sight were heightened. The screams of gulls circled above; the shades of grey on the horizon mingled with the battleship grey of a mine sweeper out on exercise; the smell of salty sand rose from beneath our feet…

Eyes and cheeks stinging happily from the wind, we eventually headed back and stopped at one of my favourite features of these working harbour towns: the old Victorian bus-stop along the front. In a true Remains of the Day moment, Mr M and I sat closely watching the world go by, enjoying the treasured camaraderie of shared values and enjoyment in simple delights. By Friday evening we would be back in the bustle of London but for now we were a million miles and years away from our Blackberry ruled life.

* Try Mallams for a tasty meal and a room for a night or two.