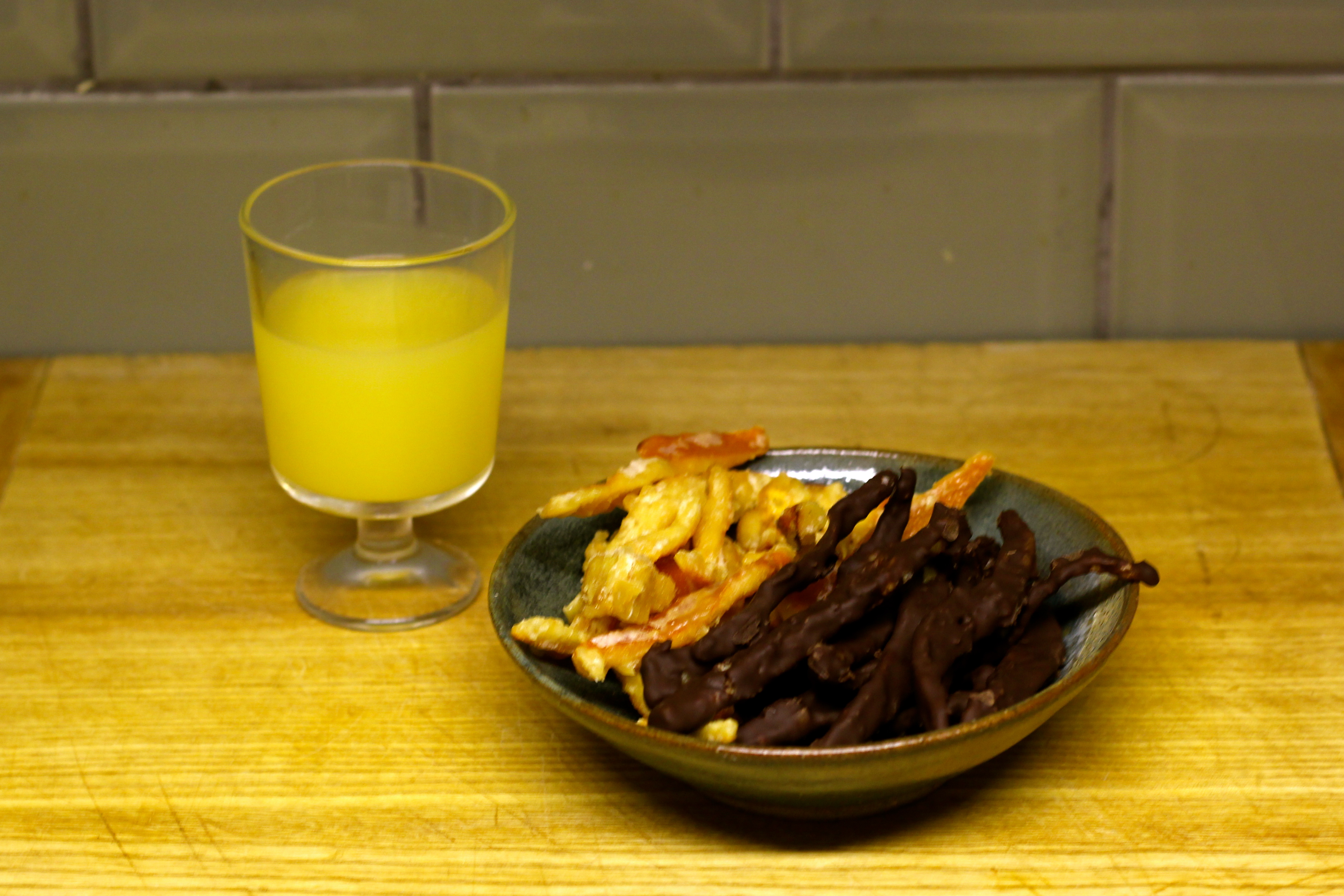 Apparently it was Panic Saturday last weekend. I’m not sure who thinks up these names. Is it the media desperate for a headline or retailers eager to persuade us to spend more before stores close for a whole 24 hours over Christmas? Needless to say, there was not a hint of panic in my dealings on Saturday.

As we are blessed with excellent independent shops in Greenwich, Mr M and I strolled out to do our normal weekend grocery shopping. The queues outside the butcher were a little longer than normal but perfectly calm. The cheesemonger and grocery shop were doing brisk trade, as usual, but not so brisk that there wasn’t time to taste a new variety of cheese or exchange a little banter with Jason in the greengrocer’s. After completing most of our shopping we briefly stopped in the Co-op to stock up on olive oil, toilet roll & aluminium foil for the ‘duration’ before wandering home calmly.

The rest of the day I busied myself in a relaxed fashion with some food preparation, correspondence and a spot of knitting.

Calm in the kitchen

There is no denying that Christmas is only a few days away. As we are not entertaining any children over Christmas, we probably have an easier ride than most. There are a few traditional dishes and special treats but we don’t go over the top on the food front. I draw up a balanced menu for the Christmas week, just as I do any other week of the year, spreading out not only the meat, fish and vegetarian meals but also the rich dishes and sweet treats.

On Saturday, whilst others were panicking in retail venues, I rustled up some adult candied peel, as well as my normal weekend loaf and a batch of cinnamon biscuits. Making candied peel is very simple: it involves citrus peel, in my case orange peel, and a sugar syrup.

Accounts of the water to sugar to peel ratio vary widely as does the drying times. The lovely Lucy of Food, wine and other pleasures makes a particularly luscious version but it takes days to dry. As my tooth is not so sweet, I opt for less sugar (roughly equal parts sugar to peel) and less liquid. The result is a touch of sweetness and a good hint of sherbet due to the fruit’s acidity, the bitterness of the pith and the generous dash of Cointreau. Using less syrup means the candied peel is dry in about 36 hours and ready to dip in dark chocolate.

It may be time for a little Christmas indulgence but that’s no excuse for wastefulness. I therefore juiced the oranges before peeling them and boiled the juice up with the orange pith, the squeezed flesh and a couple of pints of water (including the liquid left over from boiling the orange peel) into a light orange juice. This became the basis for one of Mr M’s favourite desserts: orange & Cointreau jelly*. As pith is naturally high in pectin, my thriftiness saved me about of a third of the gelatine needed when using commercial orange juice! This frugal approach also means the dessert is a little lighter and not cloyingly sweet.

Luxurious, waste-free treats in the making

Having made a start on the Christmas treats, I then settled down with a little old-school correspondence.

I have a bit of a hit-and-miss attitude to writing seasons greetings. I suppose my approach to greeting cards is pretty much like my approach to gifts. I believe in generosity – if anything the world needs more of it – and I love giving presents but I don’t really see the need to pin them to Christmas (or birthdays for that matter). Sometimes friends and family receive gifts at Christmas, sometimes on their birthday but mostly just when I spot something that I know will delight them.

So it goes with cards. I send some Christmas cards and some hand-penned letters. Not a round-robin epistle but a carefully considered letter or a note in an attractive card that isn’t necessarily seasonal. So on Saturday afternoon I got out the Basildon Bond and my calligraphy pen and enjoyed myself for a couple of hours writing letters to friends in far-flung places.

The ultimate in slow mail

Then I turned my attention to a spot of knitting. I took a break from the various gifts I am making because there is no reason why they can’t be a New Year’s Day gift or a cheerful late January present, just as the winter hits its cold, dark post-Christmas depths. I switched the wireless on and relaxed with my cardigan project: a very simple, classic woollen cardigan using Excelana, one of my favourite British yarns. As one programme drifted into another, the left front grew. When I finally put down my knitting to start supper, I could hear the telltale sounds of rush hour: heavy traffic and urgent horns, probably from frazzled people who had braved the shops. I wondered whether their Saturday had been as enjoyable as mine…?

* Jello rather than jam to my North American readers (although I have been known to make orange & Cointreau marmalade too before now).