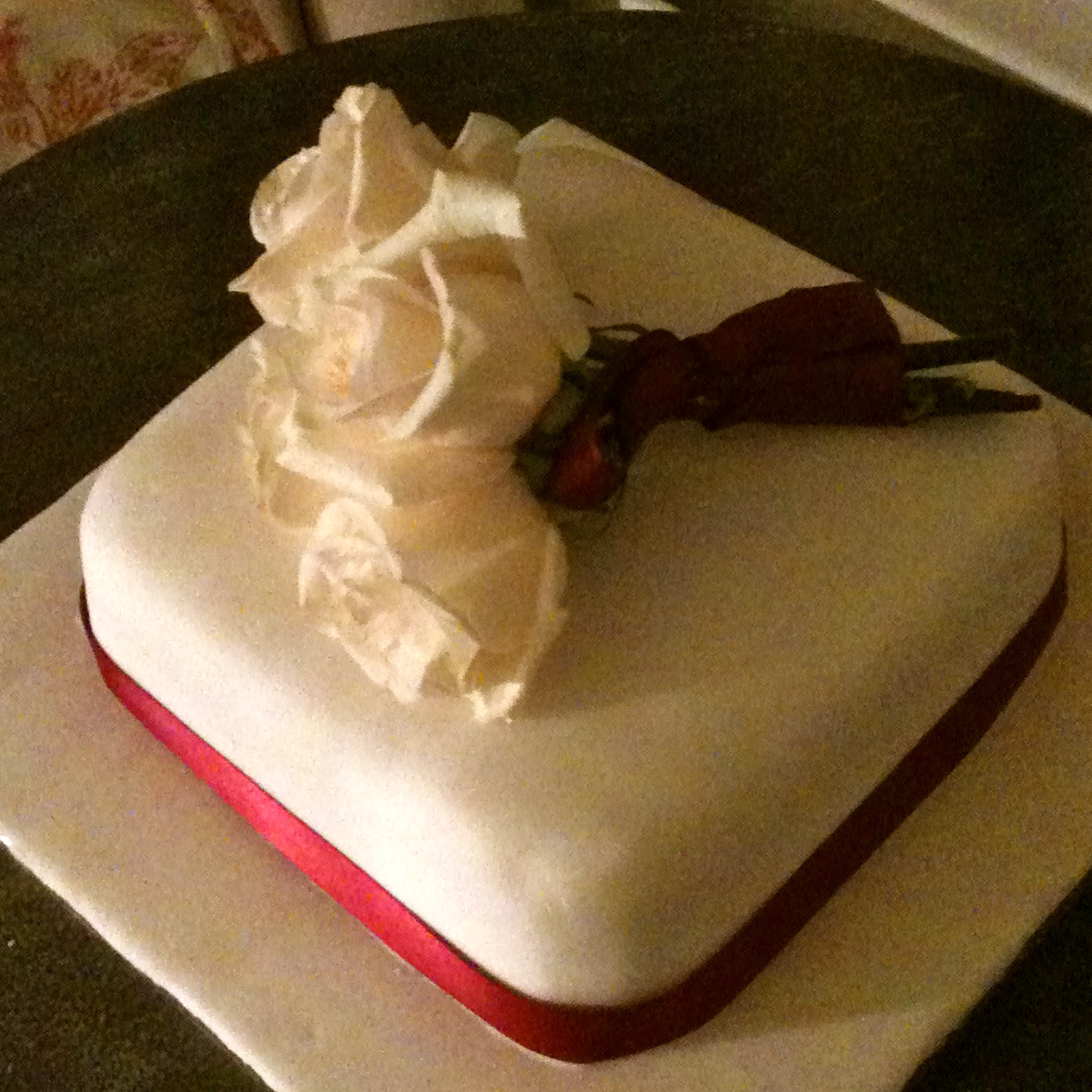 We’ve all known such moments, when our mouth comes out with something before our brain has thought through the implications. Sometimes the utterance causes offence, sometimes it lands you in trouble and sometimes it just sends you down an interesting path that becomes one of life’s amusing diversions. And so it was with the cake!

The first time I saw my brother’s fiancée after learning of their engagement, I offered to make the wedding cake for them. As this was in the immediate aftermath of my father’s death my brain may have been addled but nevertheless I think the offer was driven out of affection for my younger brother and a desire to welcome his lovely Irish girlfriend into our family. Months later the happy couple took me up on the offer subject to one proviso: would I physically be able to get the cake to the wedding… in Ireland?

The itinerary and scheduling challenges

So I started to consult websites to confirm rules on travelling with food within the European Union and current restrictions on hand luggage. When it became apparent that they would need a three-tiered cake, I knew there was only one thing for it. I would have to take the cake from London to Tipperary by boat rather than by airplane. As neither Mr M nor I drive, this would mean a train journey to North Wales, a ferry crossing on a choppy autumnal Irish Sea and another train journey to County Tipperary.

Undaunted I set about baking three traditional English fruit cakes. In itself this was not a major challenge. However, as I spend half my week in Paris and the other half in London, a certain amount of scheduling was needed to accommodate the overnight soaking of dried fruit and baking times ranging between four and a half and nearly six hours. By staggering the baking over two weekends, I scheduled the production line in order to allow for these requirements as well as Mr M’s desire to cook me a proper Sunday roast before packing me off to Paris.

For weeks I fed the cakes with brandy until they wept with moistness and as the wedding day drew nearer, I started icing them with multiple layers of regal icing. I have to admit that in light of my weekly commute, I did resort to ready-made icing rather than mixing my own. After rolling out packs of the sugary dough, I deftly applied it to the cakes in turn and like the plasterers of old, I polished the surface of each at length with a smoother to achieve a silky finish and neat corners.

A few days before the start of the epic journey, Mr M and I wrapped each fruit cake securely using polystyrene/styrofoam and bubble wrap to immobilise them in their tins during the journey. With a rolling-pin, spare icing for last-minute repairs and dowelling rods packed, I was ready to set off… But of course nothing is quite as simple as originally planned.

The itinerary revisited: a Mancunian detour

A couple of weeks after starting the baking I received a call from the groom-to-be. He wanted our uncle – the last link with dad’s family – to attend the wedding. As the gentleman is a virtually blind septuagenarian, he was not able to travel unaccompanied so my younger brother wanted to know if I could pick him up… from the Midlands.

Fortunately I am not easily phased. A lack of driving licence and car obviously complicated matters but my uncle not attending the wedding was inconceivable. The day would be tough enough for my brother without our parents so by hook or by crook our elderly relative had to be there.

As so often Mr M came up trumps. He volunteered to brave the Irish Sea alone and carry the wedding cake so I could meet my uncle at Manchester Airport, his nearest aerodrome as he still calls them. From there we flew to Dublin where we met Mr M and his precious payload. The next day, the three of us completed the final stretch in the cake’s epic journey to County Tipperary.

As my uncle and Mr M relaxed in the bar, I carried out a last few touch-ups, sunk rods into the bottom tiers for reinforcement and assembled the cake. With both my uncle and the wedding cake safely delivered, I could now relax into the festivities and enjoy the company of my siblings, uncle and friends.

Although my initial offer had spiralled into an undertaking and there were some anxious moments along the way, I am glad I made the cake for my little brother’s big day. Would I do it again? Well, before I knew what I was saying, I offered to do so… but aware of the logistical challenges, my second travelling wedding cake was a simple one tier-affair with a journey that was eminently trainable.