Chancing upon the literary

Recently Wendy, my partner over at Set in Modern, asked if me if I thought the word “literary” puts people off. Did I think it excluded writers or readers, wittingly or not? As it had never occurred to me that it might, her question prompted me to examine my own experiences and expectations of words and prose.

All I could think of in the days that followed was a wallet file I had found when emptying my dad’s flat. Clearing out the home of a deceased parent is never jolly but my father made it easier by leaving us some gems. I had expected to find copies of his short stories, poems and mini sagas and had even anticipated shedding a few tears but the emotions really came flooding out when I worked my way through his engineering files.

My father was an electrical engineer so I was not surprised to find graphs with electrical designs, or even circuit board drawings of every domestic appliance we grew up with. The content of a battered blue file, however, caught me off guard: a conference presentation. As my siblings were not interested in this writing, I slipped it into my suitcase. On the train home I started reading it and before long I was trembling with a mix of loss and delight.

As I read the presentation, I felt as if I were six again, huddled in the twins’ bedroom for the latest installment of one of dad’s bedtime stories. I could hear his voice, his intonation, his way with words that was so familiar to me. This was not, however, some ancient legend retold or a fantastical adventure of Tringle Trungle and his coterie (characters from dad’s vast imagination). This was a conference presentation called Unthinking the mousetrap – An oblique look at system engineering. I was not schooled in the topic; I had to work hard to grasp some concepts but the beauty and cadence of his writing drew me on a journey and guided me through the unfamiliar.

I had always known that my father loved words, stories and literature, but turning the pages of this speech, I grasped how, as with me, language and stories permeated everything he did. It was not enough for him to design elegant electrical systems, he had to be able to explain them clearly yet elegantly to engineers, managers, accountants or simply anyone hungry to know more. 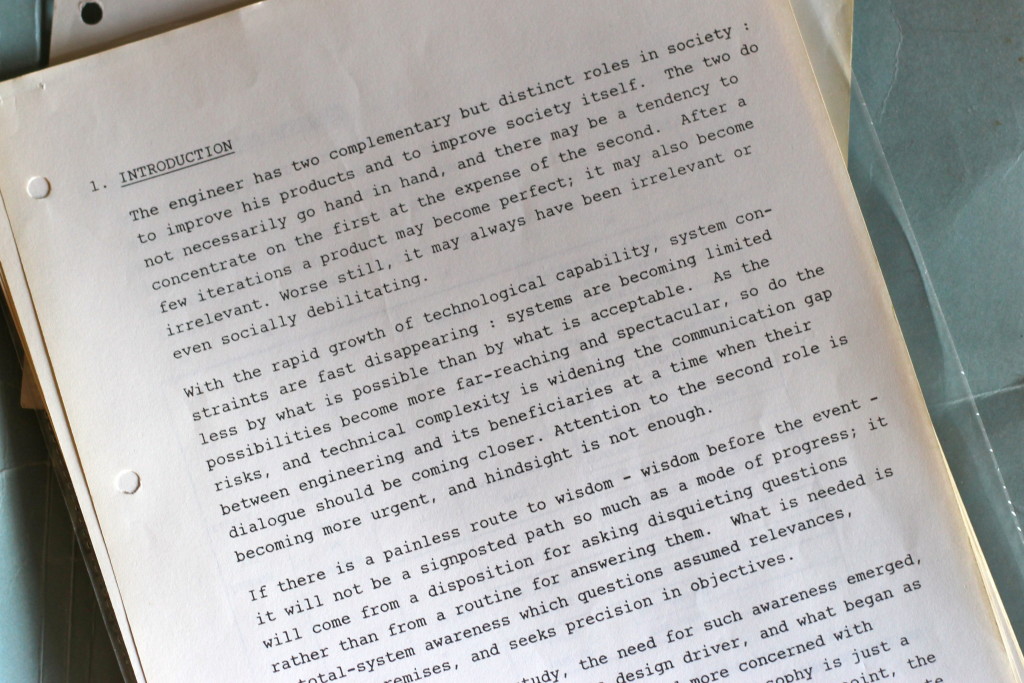 Engineer or aesthete… or both?

Long before stumbling upon this unintended legacy, I loved the beauty and power of words. As a child I devoured the books in the local libraries before turning my attention to my parents bookshelves. I lapped up anything I could find from classic novels to essays; from gardening writing to political works. Although books played a major role in my upbringing, they weren’t the only part of my training in the literary.

When my mother bounced me on her knee, reciting well-known nursery rhymes, she unwittingly taught me about metre and sounds. When dad conjured up worlds of heroic acts and intrepid journeys, he shared more than old tales or his vivid imagination; he taught me that much of the magic lies in the telling rather than the tale. As a child reared on BBC Radio 4 rather than television, I learnt how powerful words are at conveying place, fact, culture,… In short, I grew up with an early appreciation of the spoken word. Herein, I suspect, lies my belief that literary is not remote, only available to a select few.

Literary prose does not just live on the page, in heavy tomes or austere libraries. In the hands or mouths of the right person, factual information, complex theories or charming tales can be literary. Where a writer or speaker cares about the message, the audience and the tool (i.e. the words), written and spoken prose can inspire and transform us, making us care about a topic we might never previously have considered.

The literary is everywhere, if we care to look and listen. BBC Radio’s From Our Own Correspondent is a classic example. Give journalists five minutes on the radio rather than the usual 90-second slot and their prose can transport us to colourful corners of distant cities or unveil cultural traits of remote peoples. We might chance upon the literary in the most unexpected places, like an exhibition panel or a theatre programme. Only this week I got a glimpse of the geology and history of a forgotten world, not in a history book but in the atmospheric essays that accompany Doggerland: Knits from a Lost Landscape, Karie Westermann’s collection of knitting patterns inspired by remains from this lost Mesolithic land. 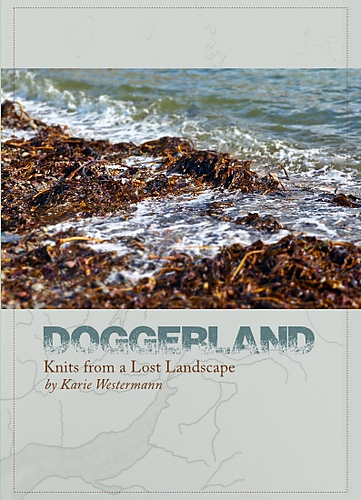 Karie’s essays, the FOOC radio vignettes and my dad’s engineering treatise are not elitist or inaccessible, intended only for those in the know. They are not stamped with the label “literary” by publishers, booksellers or even the passage of time. They occur, often modestly, where writers care enough about their message, words and the audience to pique somebody’s interest and where the reader or listener leans in a little closer, eager to be inspired, influenced, challenged, transformed…

Photo of the cover of “Doggerland: Knits from a Lost Landscape” used with the kind permission of Karie Westermann.

Obviously I don’t have my father’s express permission to share extracts from his writing. However, as he kept the writing and I felt moved enough to salvage it from the house clearance, I like to think that he would have approved.