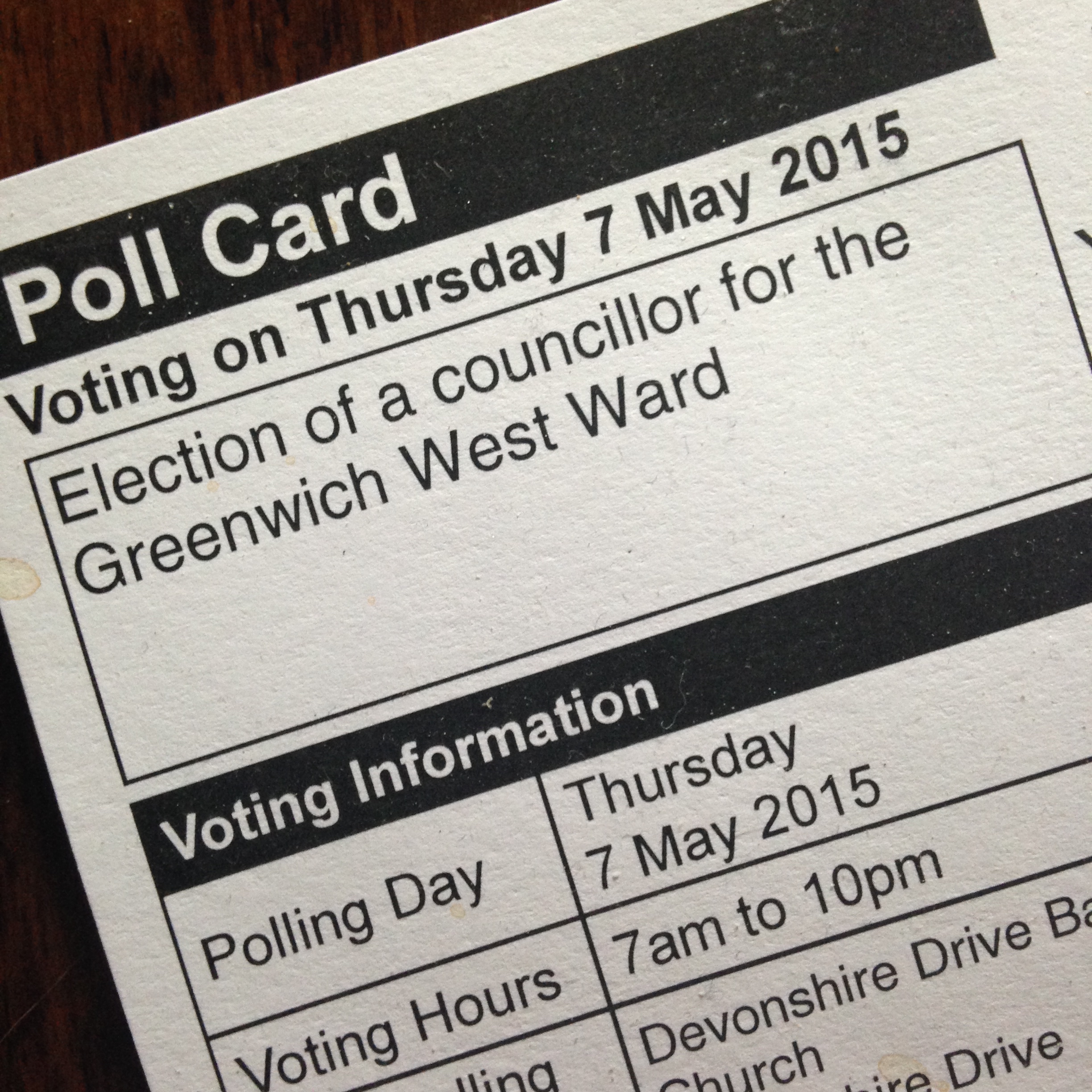 On Thursday we Brits go to the polls. It has been a thoroughly uninspiring general election campaign, at times even depressing. The polls suggest a right-left minority deadlock so there is much posturing and speculation about coalitions. Fortunately the relatively new extreme right party does not seem to be making the predicted headway (despite undue media attention). At the opposite end of the spectrum, it is not clear if the Green Party will translate their growing rank and file membership into more seats, not least of all because the media generally ignores this party. And based on the vitriolic attack from all sides, the Scottish National Party seems to have fared best in the campaign.

Few people seem to care about politics these election and turnout is always disappointingly low. I do care and have always done so, for a number of reasons.

As somebody interested in society, I can’t ignore the role economic and political structures play. And as someone passionate about social justice, I believe the democratic process, however imperfect, is one of the few tools we have to change society for the better. I also care about politics for more personal reasons. Having grown up abroad, I was politically disenfranchised until I ‘returned’ to the UK in my mid-twenties. I am therefore acutely aware that a democratic vote is a privilege and a duty!

My interest in politics was not triggered by student politics. I wasn’t lured into politics during my angry teenage years – in any event, they were more angsty and arty than angry. My political awareness was awakened when I was six. Yes, six! I remember it clearly. One moment, I was watching a children’s cartoon that revolved around a bee and the next I was trying to translate the TV news for my parents. Reagan had just won his first presidency. Mum and Dad had heard the news on BBC radio and then turned on the local TV news. As they barely spoke Dutch at that point, my brother and I were asked to translate words and concepts we didn’t even begin to grasp. That night my parents gave us a crash course in democracy, party politics and political values.

The next instalments of my political education followed pretty quickly. During my primary school years I absorbed news of Solidarity and marshall law in Poland; Thatcher sweeping to victory following the Falklands War; the Miners’ Strike; the privatisation of British utilities… All of that was before I hit my teenage years and watched the Berlin Wall come down!

Thirty-five years after my first crash course in elections, politics still makes my blood sizzle. Life has removed the optimistic hope of youth but as despair is not part of my make-up, there is still realistic hope. It is less about blind faith in our elected leaders; more a hope that some of the energy and enthusiasm that elections unlock will be channelled into grassroots action.

During one of my recent political rants Mr M suggested maybe I should run for office. Leaving aside my natural shyness and my fear of “Power corrupts”, I honestly wouldn’t know which party to represent. I have very clear leanings and will find a way to reconcile them in the voting booth on Thursday but standing for election is a different matter. As somebody encouraged to question politicians and establishment structures from my early years, I would struggle to adhere blindly to a party’s manifesto. And political parties don’t like candidates who acknowledge complexities and ambiguities.

So how then does somebody like me, who believes in civic duty and the need for systemic change (as well as behaviour change, but that’s a topic for another time), do her bit to nudge change along?

I have a great deal of respect for individuals who campaign loudly on issues. Who month after month chip away at an organisation or an issue. My preferred route, however, is inspired by two expressions my parents regularly used “Infiltrate and subvert” and “Why should the devil have all the good tunes?”.

So instead, of trotting out statistics ad nauseam or badgering people about what they should or shouldn’t do about x, y and z…, I prefer to focus on the simple, wholesome things that make life jolly. With my tales of the everyday I aim to sow seeds and hint at different approaches and options. I don’t shy away from challenges or dilemmas, but like most stories, for all the trials, obstacles and even hint of melancholy, my tales of the everyday contain joy, pleasure and contentment. There are triumphs, a sense of home and belonging and… of course great feasts.

My storytelling will hardly trigger headline-grabbing change. But the more we share stories that offer a different perspective, the more we prompt probing questions. And as more of us interrogate established truths and suggest a different narrative, more chips will appear in seemingly insurmountable walls. Of that I have no doubt.