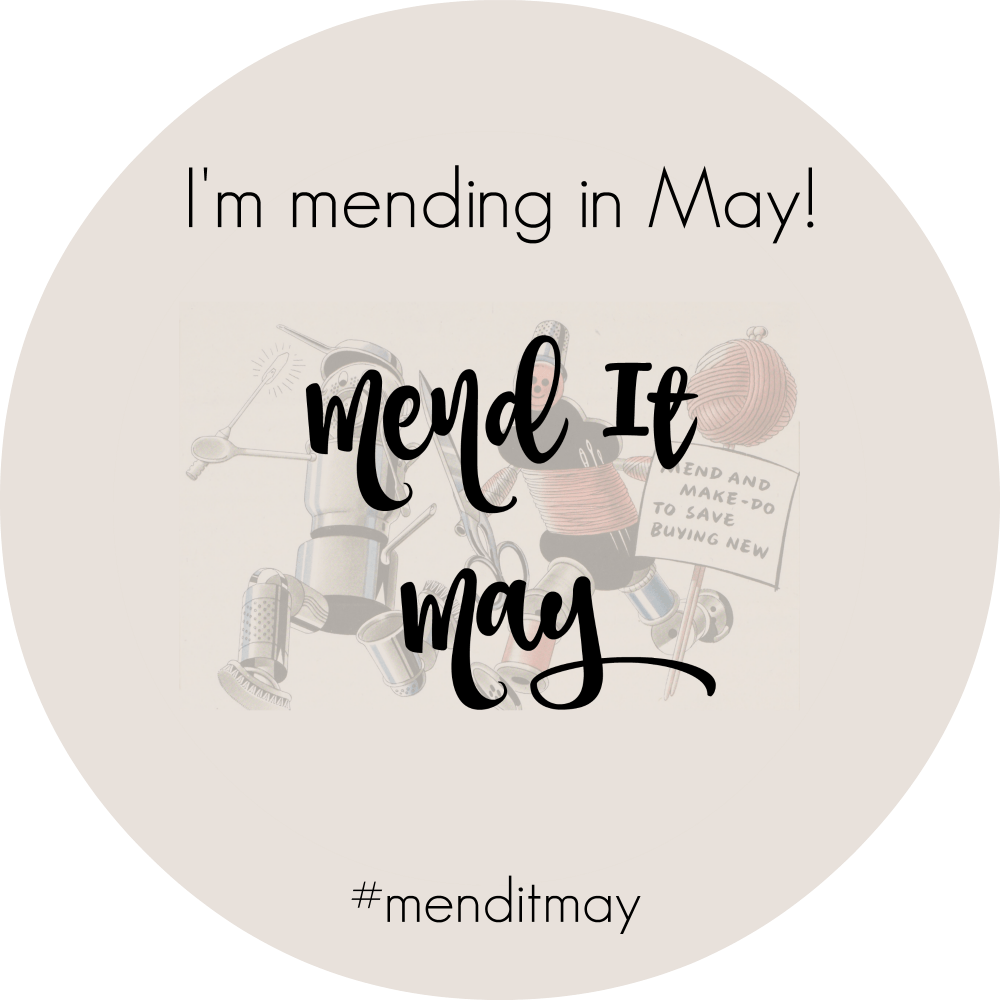 We’re well into May. While many knitters and sewers in the UK and beyond are celebrating handmade clothes as part of Me Made May, another complimentary grassroots movement has emerged thanks to Jen Gale’s Mend It May project. This movement not only encourages us to fix things, from damaged clothes and torn watches to broken appliances and cracked crockery, rather than throw them out, but also celebrates the skill, craft, art and power involved in repairing!

Mending has been a fact of life for centuries. Some of my most vivid childhood memories involve repairing or repaired goods, from holding tools to help dad fix radios and hoovers to my mother teaching me how to mend tights before she allowed me my first pairs. And if the soldering iron or a needle couldn’t fix it, there was always superglue…

I was delighted to hear of Mend It May as I welcome grassroots efforts that aim to reconnect us with the materials that surround us and extend the longevity of our possessions. As I was looking around for what needed mending, it occurred to me that when I grew up the line between taking care of things, maintaining them and mending was pretty fluid, after all “a stitch in time, saves nine”. That may explain why I didn’t have a massive mending pile.

My first repair was my mobile phone case. The cover had come away from the hard shell. I don’t have as much confidence in superglue as my dad did so I used some Blue Tack instead to hold the hinge in place. It’s not a long-term mend but combined with the weight of the phone, it seems to be doing the trick.

The majority of this month’s repairs relate to clothes, unsurprisingly as a small wardrobe means these are subject to intensive wear and tear.

As I’m about to pack away my winter tights, it makes sense to deal with any holes now rather than when I pull them out again in the autumn. I no longer wear thin nylons but opaque stockings and woollen tights are definitely worth mending. For small holes, I use a mattress stitch (more commonly used to seam knitwear) on the right side. I effectively add a very small pleat to hide the hole on the reverse side. For larger holes, usually at the heels, I turn the stockings inside out and darn them. Darning black items can be a little tricky, not because darning is difficult but because it is often hard to distinguish black fabric from black thread. The upside, however, is that you don’t have to worry about being too neat as the darn will barely be visible! 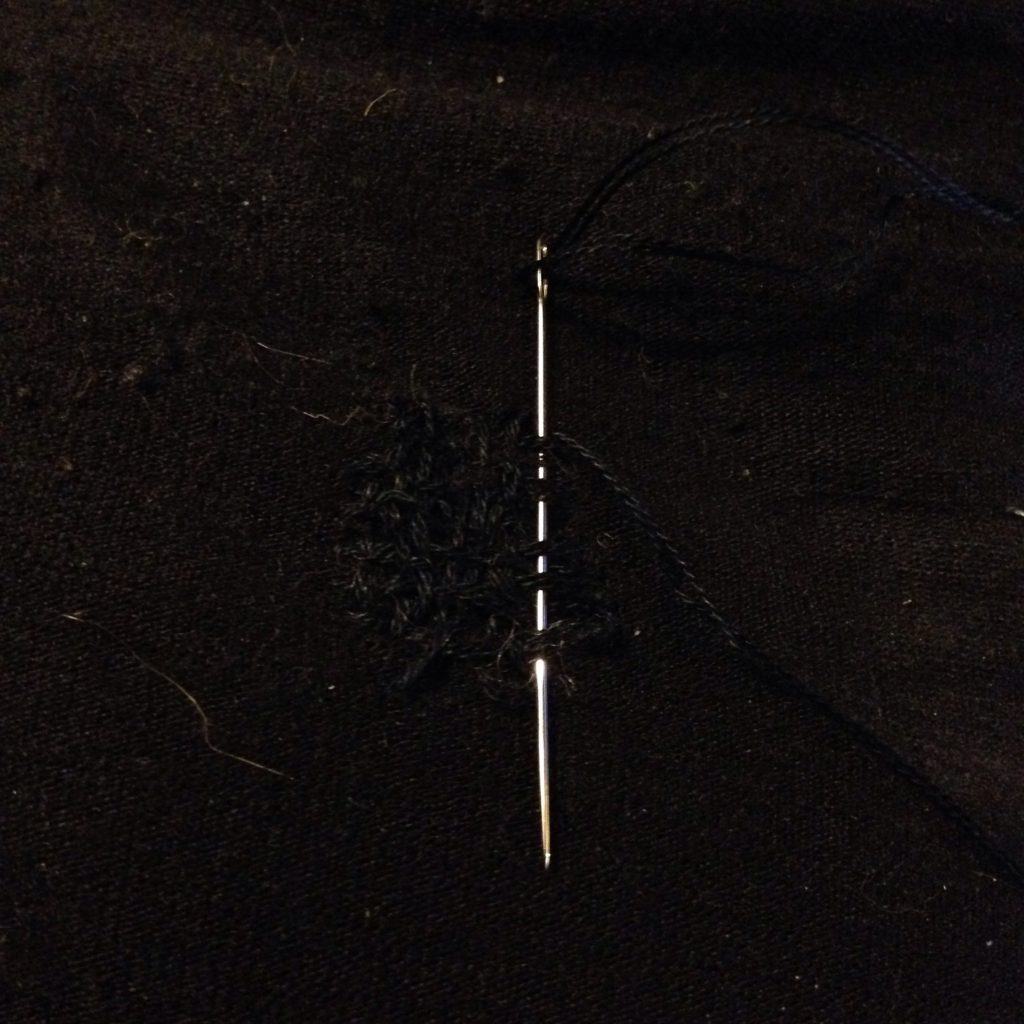 Not neat but nearly invisible

Two further clothing repairs illustrate how much apparel has changed in the last 20-30 years.

Mr M had asked me to fix the pocket on his sports jacket. After 25+ years of stellar service it’s not surprising that the fabric at edge of the pocket had perished a little. As the jacket is Mr M’s favourite garment, I tried to salvage it. I pinched the perished fabric into a tiny reverse pleat and used stab stitch to keep it in place. The jacket may not last another 25 years but Mr M should get a few more years of wear out of it, after which it will be demoted to a gardening jacket. 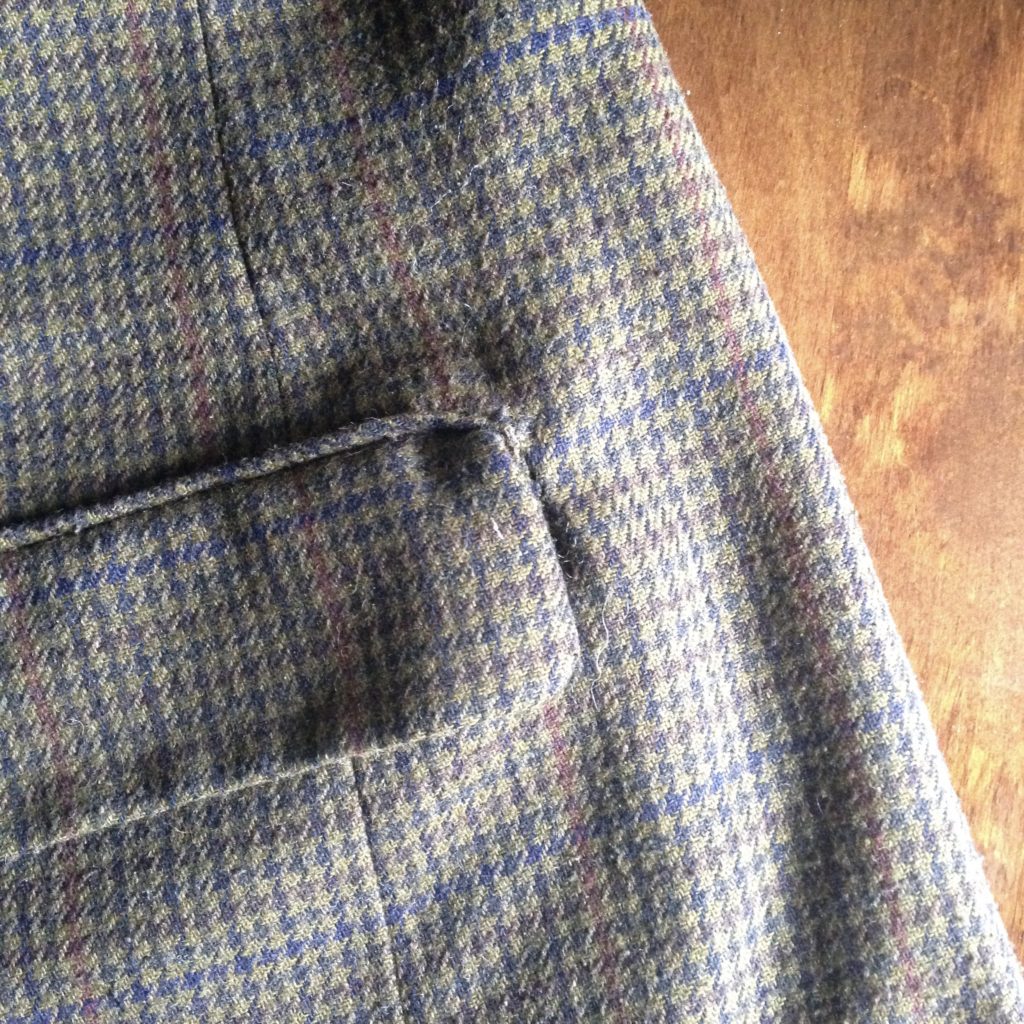 A serviceable repair for old favourite

The other item in need of repair was a skirt I bought at the start of the year. Unlike many garments today, this one is actually made of quality fabric. However, the workmanship let it down as after several months the side seams had come loose where the waistband meets the skirt. As this happened on both sides, it is obviously a case of poor quality control. Fortunately, the repair itself was easy enough but I shall be writing to this company to highlight the issue… 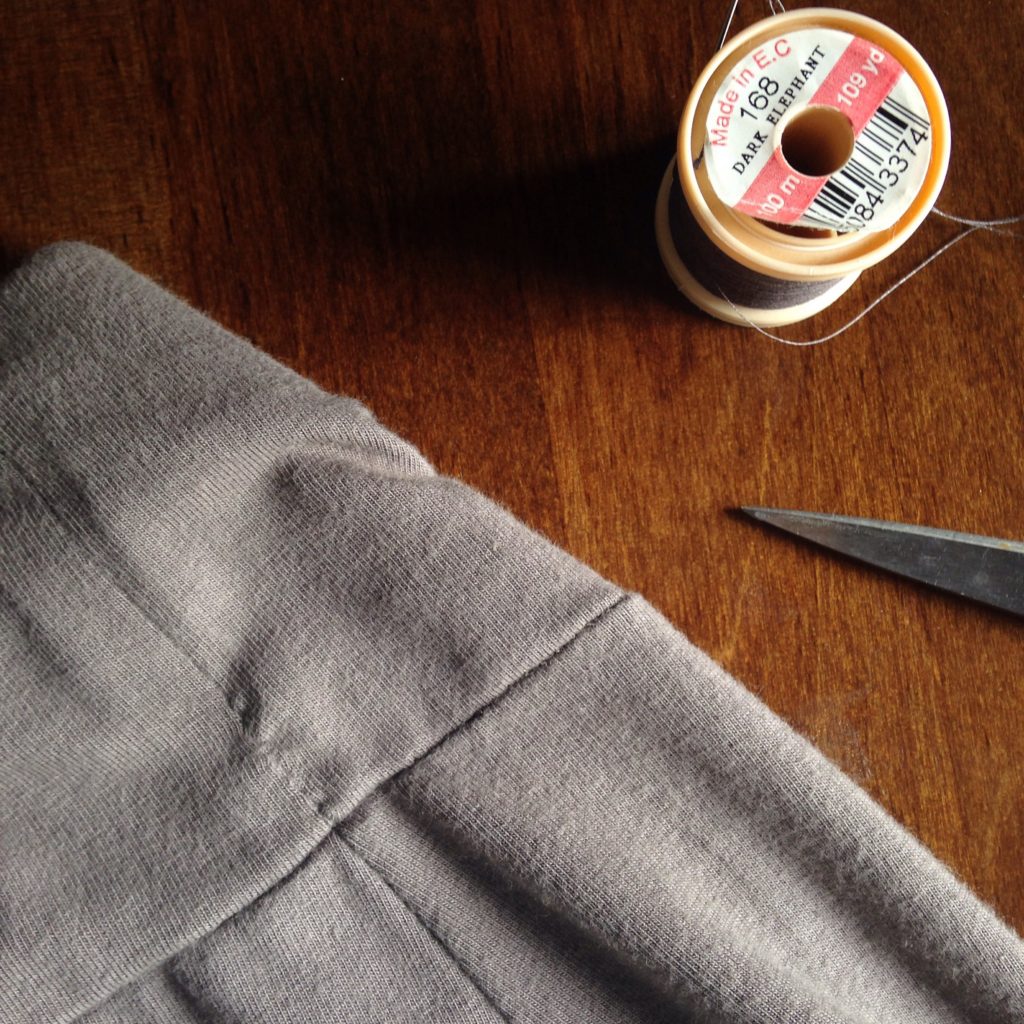 And alas, repairing a new item…

The final two repairs involve experts. I’m not sure whether to describe one as a repair or rather maintenance or an improvement. The A-string on my cello broke for the third time in a year. So rather than just buying another one, I took Cecily – yes I name my instruments – into an independent music shop. The lovely owner identified three potential but easily fixable issues and sent me off for a cup of tea nearby while she sanded, pasted and filed a little before replacing the string.

The other repair involving an expert is proving trickier. My black lace-ups need re-heeling again. It is nearly two years since these shoes were last repaired and in that time the three repair shops on my regular routes have gone out of business. I can still get the shoes fixed but as I need to go out of my way, it will be a more involved operation. More worrying is the frequency with which cobblers are closing down, partly because fewer shoes can actually be repaired these days but mostly because people don’t think it is worth repairing shoes as replacing them often costs less.

So why do I not only bother with maintenance and repairs but also celebrate the act of mending?

Environmental concerns, both in terms of resource usage and waste minimisation, are a major factor, as is cost. To me it makes sense to repair both high value items, like an instrument, but also low value items that I use in larger quantities, like tights. Keeping myself in hosiery is not only expensive but as these invariably involve fibres that don’t biodegrade, slowing the rate at which I dispose of stockings makes a lot of sense. A desire for quality also means embracing repairs. As quality often involves falling back on older items or homemade things, repairs are inevitable. However, the more time and care I invest in a garment, piece of furniture or tool, the more of my life story is worked into the material of that object. Most of all though, I am driven by the empowerment. Mending claws back control from corporations who infantilise and de-skill us in the pursuit of more profit. And closely associated with empowerment, there’s sheer bloody mindedness. Just as I hate being told “there’s no call for it madam”, I can’t stand being told “it’s not worth fixing!” Judging from Mend It May, I’m not the only one!

Tagged as: Darning, Make Do and Mend, Me Made May, Mend it May, Mending, Repair