Part of me craves colour, particularly in winter. Another part of me is drawn to the shimmering lustre of the absence of colour. I’m not talking about the ethereal glow of untouched snow, as spectacular as that is, but the shining quality of silver filaments as they dance between grey and white, or more simply the natural colour of ageing hair.

I came to hair dyeing quite late. I was just over 30, had recently lost my mother and was not in a happy state of mind. What is more, the grey hairs were proliferating. A head of highlights lifted my mood a little. Five years later the hairdresser talked me into a block colour as the grey hairs were winning out and the highlights were just not covering the signs of ageing. Sleep deprived I acquiesced and regretted it almost immediately. The bore of three-monthly colouring sessions became an absolute chore as I soon realised that all-over colours ‘needs’ touching up every six weeks, then five, four… Only the prospect of months of growing out the dye made me stick with it.

About eighteen months ago I was colouring in my roots every fortnight to cover up the ‘shocking’ white at my temples. I became increasingly resentful of the chemicals I was loading onto my scalp, of the time it took to colour my hair and of the water I was flushing down the drain, not to mention the money. Most of all though, I resented the cult of youth that dictated coloured hair as the only option! (Look around on the street, on television, in magazines… and you begin to realise just how few women sport grey, silver or white hair.)

So a year ago I stopped dyeing all together. There was no big announcement or no easing the way with highlights. I just cut the colour, chemicals and chore out of my routine.

I suspect that in the first few months friends, acquaintances and strangers may have thought “She really needs to get her roots sorted out” but I stopped caring about that by about month three, when I realised just how much colour I still had in my hair. The ‘shocking’ white was limited to the front locks and temples, and actually looked quite interesting. The rest was still dark; admittedly more grey brown than copper blond but dark nonetheless! Had I really gone to all that effort to cover up a few white locks at the front and some natural highlights?

As the months passed, I willed the growth on as I wanted to see more of the white shots and silver strands. They are intrinsically more interesting than the dyed hair. Each fibre seems to refract the light in a slightly different way. And the single strand highlights are more delicate than anything a colourist has ever managed.

A year on most of the dye around my head has gone, with just a few inches left around the jaw and neck. I absolutely love the emerging colours. My hair is now a natural semisolid shade with white locks and silver filaments nestling amongst pewtered brown strands. Most of all I am thrilled that I am embracing my maturing hair on my terms! 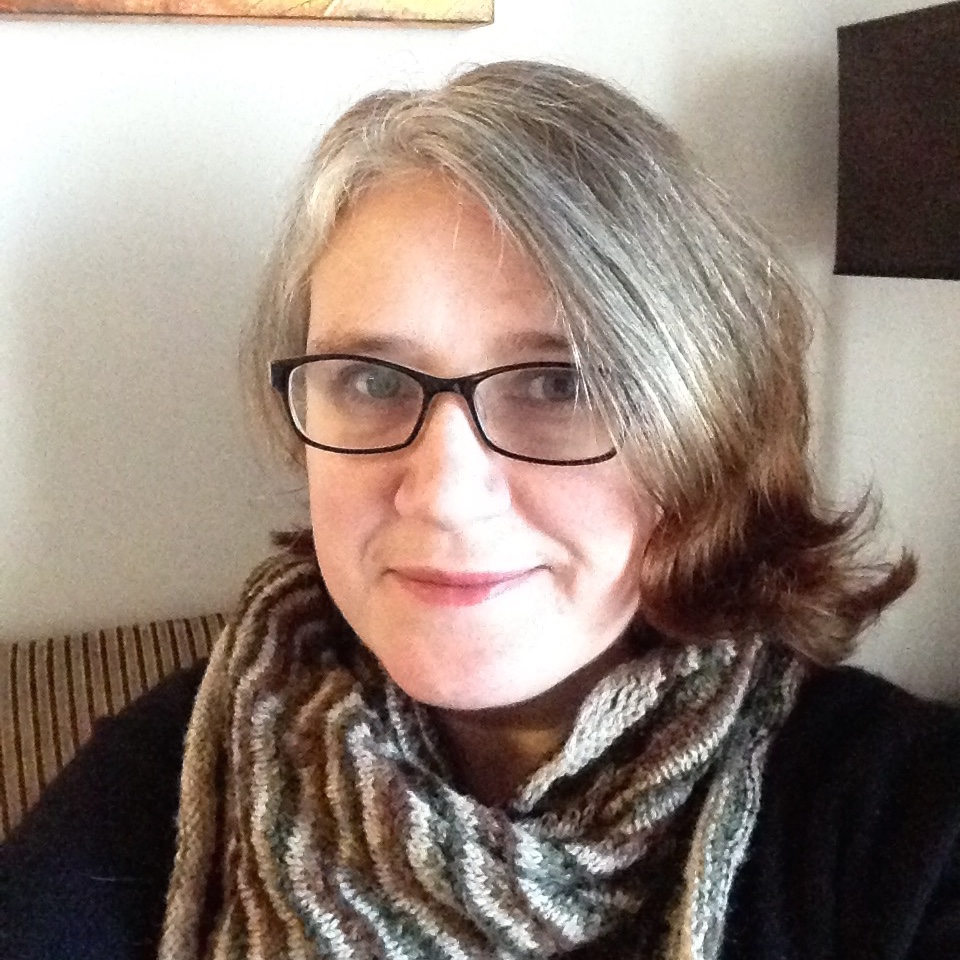 This is the second of a series of posts about colour and was inspired by an online conversation I recently had with some lovely knitters about the shades, texture and beauty of naturally ageing hair.

Tagged as: Going grey, Semi-solid colour, Silver fox, To dye or not to dye, White hair