In recent years I have become increasingly disenchanted with high street clothing. Although I’m no longer constrained by my 3-year wartime rationing experiment, I have struggled to buy replacements for clothes I’ve worn to threads as I simply can’t find garments in a style I like or of an acceptable quality or provenance. By spring this year I concluded that I needed to use my modest dressmaking skills if I was going to restock my wardrobe.

I had started to improve my sewing skills five years ago but these efforts stalled during the rationing experiment. A yard of fabric attracted clothes coupons just as ready-to-wear items did. Freed from such considerations I was, however, still wary of cutting into cloth. My strong strain of perfection mingled with my resource awareness and environmental concerns proved a potent force, fuelling some serious procrastination.

Six months on I am planning to sew a winter coat.

So what changed? Or rather how did I get beyond the paralysing fear of messing up good fabric?

The short answer: necessity, an old sheet, an online community… and, perversely, my perfectionism.

My summer wardrobe had shrunk to one dress and a poorly fitting denim skirt so I really needed another skirt or two. Encouraged by The Inelegant Horserider’s delight in making a practical well-fitting skirt, I bought the same Amazing Fit pattern (1717, alas now out of print) and made a toile out of an old sheet. It was a simple A-line skirt, with darts for shaping and a yoked waistband. As the mock-up reassured me that the pattern would fit and was within my skill set, I bought fabric, washed and pressed it and set about cutting out the pieces.

A fortnight later I had a summer skirt. Okay, I unpicked the zip three times to get the waist band to align properly, I ended up making my own bias-binding as I hadn’t bought enough and my top stitching wasn’t going to win any prizes but I had a summer skirt that fitted and looked okay. 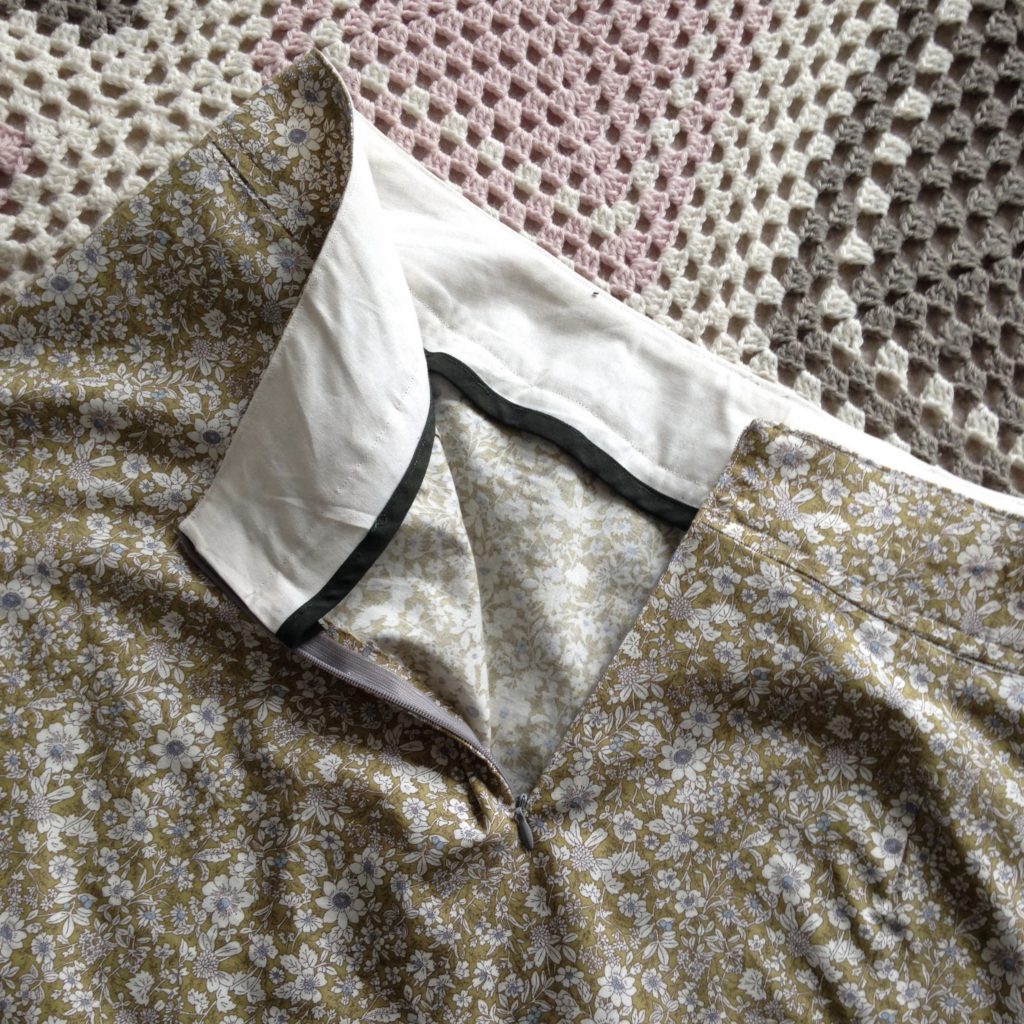 As I am an advocate of lifelong learning and skills development, I shared photos of the skirt’s progress online. Not just pictures of the finished garment but of various stages of its construction, including photos of stitching that would probably make accomplished tailors and seamstresses cringe. The Internet can be a brutal space but I was lucky. Fibre people are generally nice; knitters who are taking tentative steps in dressmaking doubly so. Sharing successes and mishaps prompted conversations, mutual encouragement, an exchange of tips, suggestions of other approachable patterns and fabric sources…

Rather than adventurously looking for another pattern, I used the same one again for a second summer skirt. This time in a plain stone coloured linen. It may have been the same design but the fabric meant the process and finished result were different. For one, I knew which mishaps I wanted to avoid. And upon discovering that linen frays badly I also realised I would have to bias bind every seem (in the absence of an overlocker) to ensure a good finish. By garment number two I was already thinking in terms of “I don’t just want this skirt to fit, I want it to be well-made and properly finished”. 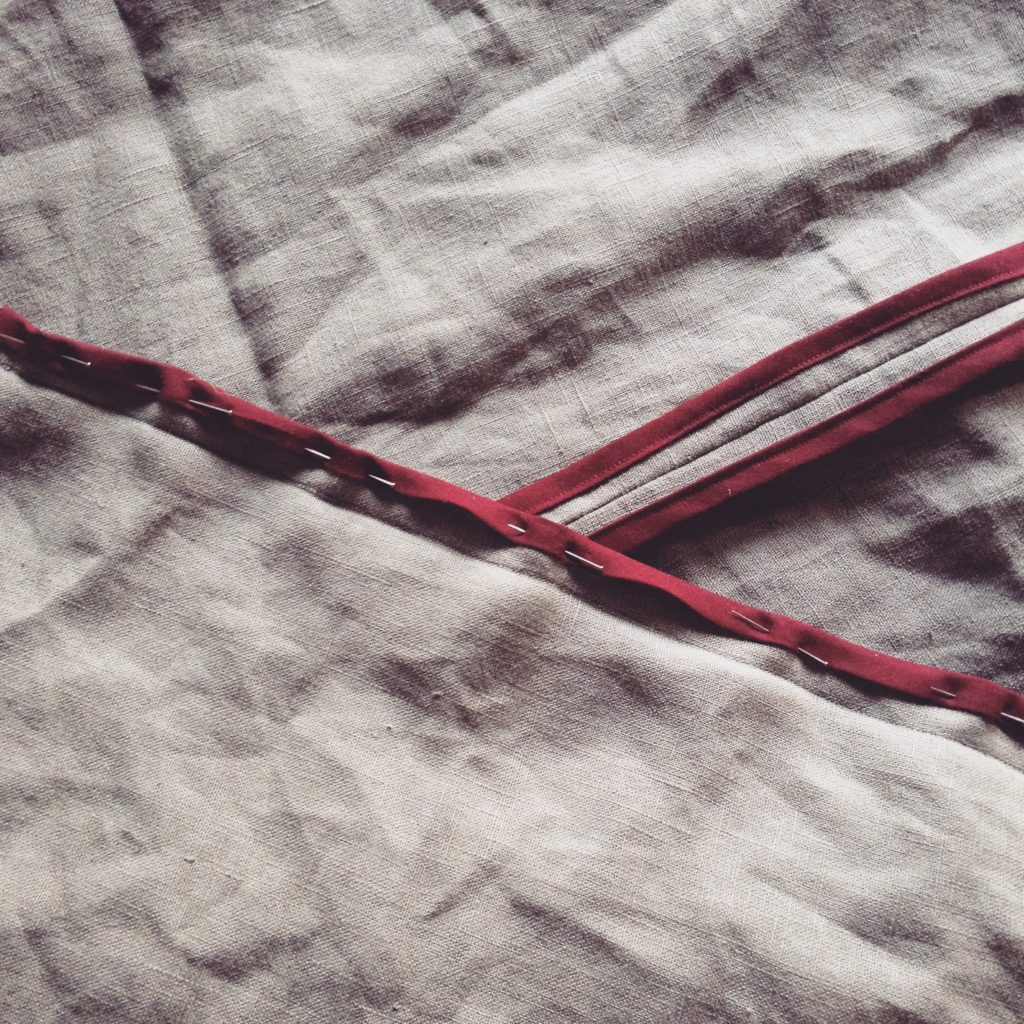 Since then, I’ve made a smart-ish black skirt with the same pattern (this time lined as I’ve realised that lining really does improve the overall look of clothes), a wearable toile of a pair of trousers, a toile of a dress and a second improved version. And I’m currently copying the pattern for a new winter jacket.

After my initial paralysing procrastination, my perfectionist instinct is spurring me on. The aim is not a perfect wardrobe but rather a small wardrobe of well-made, well-finished clothes that work for me. Knowing I am capable of making a garment that fits is empowering, but not half as much as realising that, even with my basic skills, I can produce a better fit and finish than a lot of what’s available off the peg. And, it is rather gratifying to know that I am not the only one who cares about well-aligned waistbands and hand-finished hems! 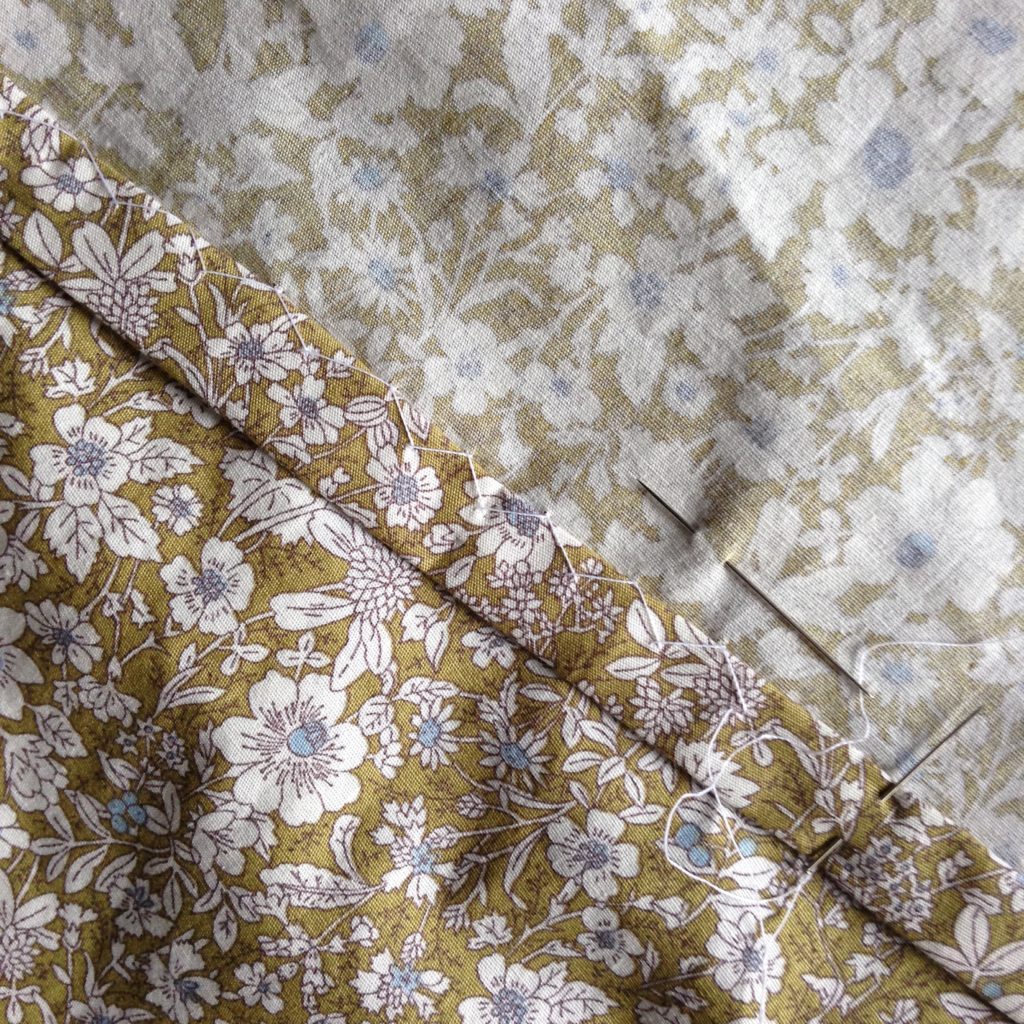