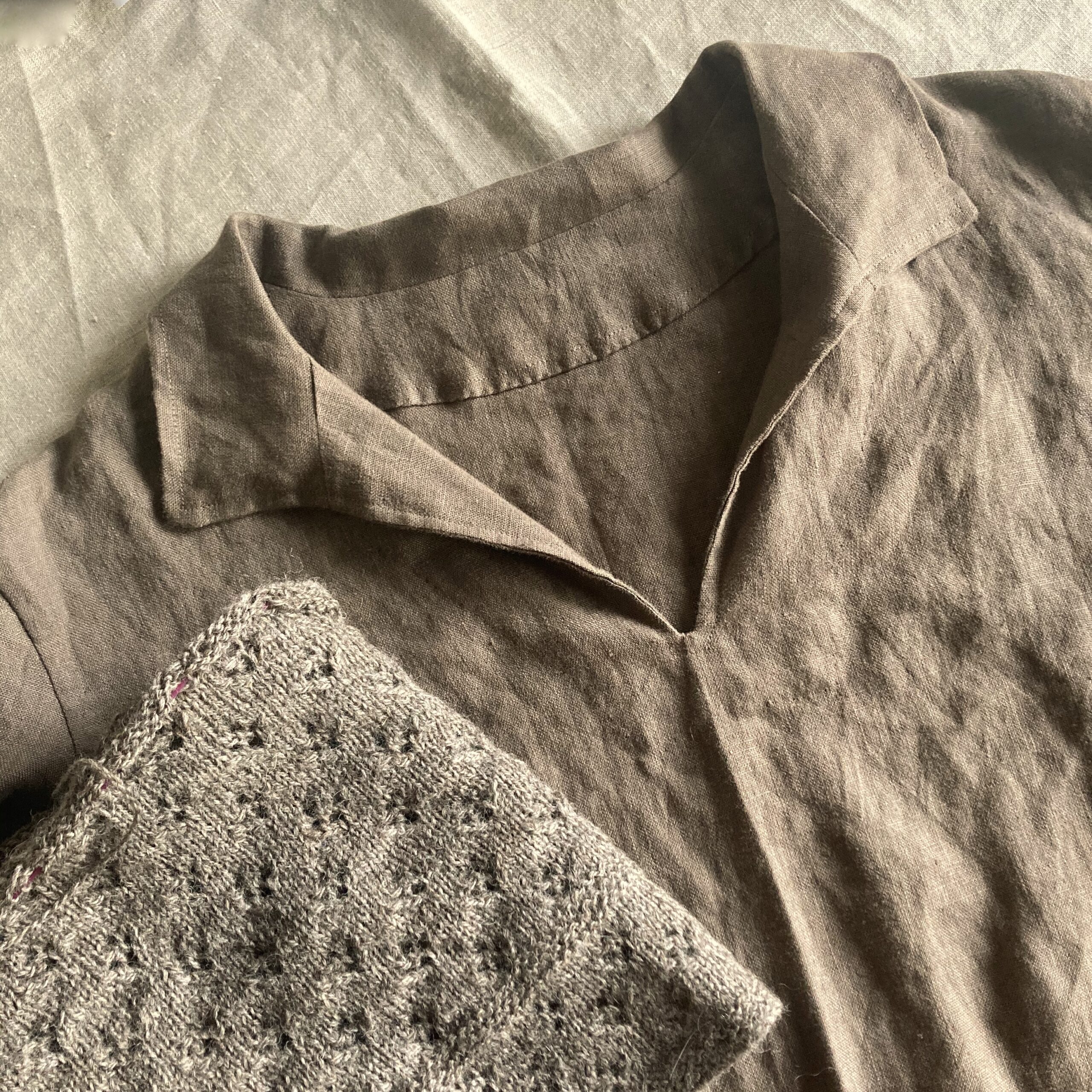 Episode 24 of the podcast is now live.

The podcasts will be available on iTunes, PlayerFM and other podcast catchers within 24 hours.

As always, you can find me on Instagram at Mrs_M_Curiosity_Cabinet for my general making antics.

On a cold dark day in December I decided that I’d had enough of being permanently chilled and I would use my skills to keep the cold at bay, even if that meant embracing the unaesthetic, boringly functional or the old-fashioned, and so Operation Chilblain was born.

In the interest of a quick win I kicked off this operation by adding a no-nonsense accessory to my wardrobe, one that I never thought I would knit: a pair of leg warmers. I appealed to the collective knowledge of the knitting Instagram hive for pattern suggestions that actually stay up, even on more curvy calves. A number of patterns popped up, including the Some Cloudy Day leg warmers by Tiny Owl Knits, the Mirry Dancers* by Gudrun Johnston and the Olallie Legwarmers* by Rachel Kieselberg. I opted for the Olallie Legwarmers as they came with a good practical endorsement from my friend Helen (aka GreenHouseKnitter). (*Please note that these are Ravelry links as I couldn’t find them on an alternative platform.)

I knit them in some cosy Corriedale DK I had in my wool pantry, some old wool from WoolTops I had left over from a sweater. The stitch pattern is very simple but has definite thermal properties, which has made all the difference to my ‘state sanctioned daily constitutional’. This quick, functional project has got me thinking about knitting long socks and is also making me rethink how I might knit socks in future… but that is an experiment for another time.

If the first Operation Chilblain project was functional, the second would combine function and frivolity, not least of all because Leigh of the Louleigh podcast decided we needed a Frivolous Make-Along to lift our spirits during Lockdown 3.0.

As wearing wool close to my skin warms me up, I decided to add a couple of vests (the garment worn between skin and a top, not over a top) to my undies drawer. This was once a common garment but seems to have fallen from grace in recent decades with ubiquitous central heating for indoor warmth and the rise of technical fibre base layers for warmth during cold weather exercise. The few patterns I could find tended to date back to or be inspired by the first half of the century and as these were often produced in small sizes, or even just one size, I realised that a vest would knot be an off-the-peg knit.

I consulted the details of the vest-like-undies in Susan Crawford’s A Stitch in Time (Volume 1) as well as some that I found on public archives of old magazine knitting patterns and came up with a plan: a tube shaped slightly at the waist that incorporates the pointelle like Quatrefoil Eyelet clover like pattern from Barbara Walker’s A Treasury of Knitting Patterns but which is also commonly available on the web. The only snag was which wool to use? We hear a lot about ‘next-to-the-skin’ soft wool but how much of that wool is actually intended to be worn directly next to the midriff?

Once again I consulted online friends for their views on non-superwash wools and we came up with a few options: a soft Shetland laceweight yarn that incorporates lambswool; a soft merino or a soft Bluefaced Leicester. I remembered that I had some of Erika Knight’s Wool Local in the wool pantry and used it after putting a swatch through the ‘wash, block and wear’ test Woolwork recommends on the Wool Explorer project.

The relatively simple self-designed vest had a false start due to a classic error and involved an impromptu ‘design choice’ due to my foggy brain but is now well past the waist shaping so I will hopefully be able to test how effective it is at keeping my core warm very soon.

A long-standing desire to add a sleeved dress to my wardrobe saw me trying to make the Francine Dress by Merchant & Mills. As I had already mastered the bodice and sleeves of the top, this should have been a manageable project. I would however have to grade out for the hips and wanted to test a different approach to the collar so I decided it was prudent to make a toile first.

Knowing how mentally exhausting sewing is for me, I planned out how I would break it down so I could schedule tricky bits after breaks. The fiddliest part was the collar so I made sure to have a tea break before tackling it. I was thrilled with how the final, trickiest seamline went but after cutting the critical line and turning it inside out I realised I had dropped an almighty clanger: I had sewn the critical line with the wrong rather than the right sides together…

Exhausted I tossed the project aside in a right mood and the inevitable gremlins surfaced. A few days later though I re-assessed the damage. The toile was not salvageable but I could harness the positives: what had the toile confirmed; what pitfalls had it highlighted; how would it influence my plan for the next attempt and, of course, relief that I had only wasted fabric that had cost a few pounds a metre rather than my precious With This Cloth linen.

Several weeks on I have a Francine Dress, one which was stitched in tiny pockets of concentration, with lots of double checking and many delightful hours of hand finishing. After the epic fail I am delighted to report I have a beautiful garment I’m proud of and one that, tangentially, also works as part of Operation Chilblain.

I’ve decided to add a new questions segment to the podcast but one with a twist. An opportunity for me to pick your brains.

To get the ball rolling I ask a couple of sewing questions about flatlining and the grain line on tarlatan, questions that may be particularly relevant to seamstresses who make historical costumes or ‘history bounders’, i.e. sewers who make historically inspired clothes and are therefore familiar with traditional techniques and materials. I also pick the brains of UK listeners for local sources of merino jersey and shear sharpening services (say that five times quickly!).

Music: As I figure by Kevin MacLeod on FreeMusicArchive and licensed under Creative Commons By Attribution 3.0 License.