A new year or a point of departure? 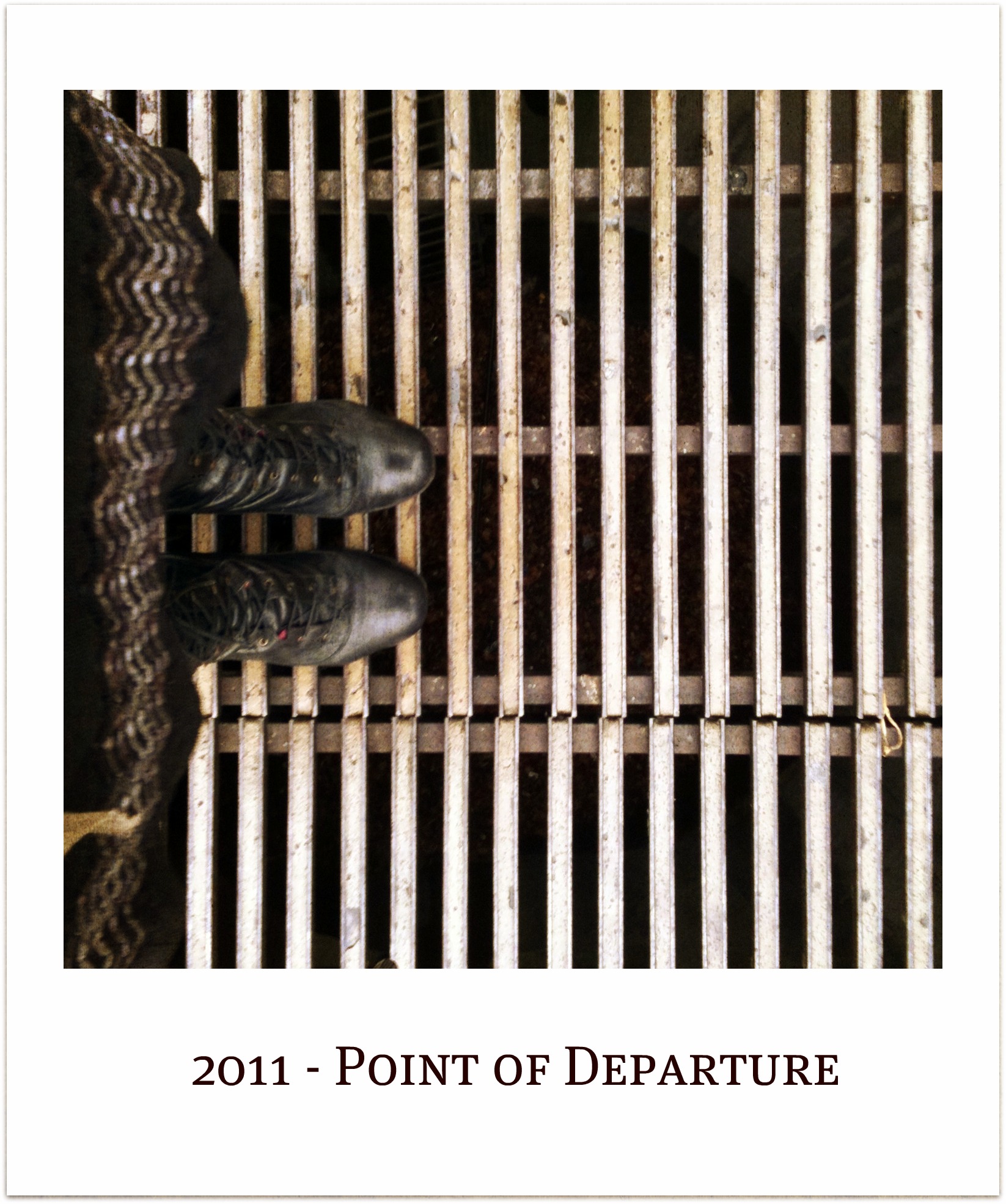 In the last few weeks I have read many lovely reviews of 2011 by friends and bloggers and I have to admit, I have been very tempted to produce my own. But I resisted this temptation. Words, rather than images, are my main medium and no 700 words can succinctly sum up the roller-coaster of emotions; the catharsis of evaluating and redefining priorities; or the veritable bazaar of courses and workshops I experienced last year. Nor can a “12 highlights of 2011” post grasp the mixture of excitement and trepidation I feel when I look back at the torn up master plan and down at a rough sketch, with its winding paths and tangents that sort of make sense to me but are hardly an obvious story.

So rather than look back, I have decided to look forward, harnessing what I have learnt in 2011 and working it into a new scheme, which looks more like colourful antique lace than a clear roadmap.

As I welcome in the first days of 2012 I affectionately think of where I stand now as a “point of departure” – a term I borrow from one of my heroes, the late great journalist James Cameron.

By letting go of many certainties and embracing a new direction, risks and opportunities, and a life that involves me living and telling my own story rather than being defined by work, I have given myself the freedom to meander along interesting side paths, develop my diverse interests and generally embrace being an oddly angular peg rather than forcing myself into a pre-drilled round hole.

As I wander out in 2012, my camera and budding photographer’s eye will walk with me. Although I have fallen in love with photography, and analogue photography in particular, I have hardly been propelled into overnight technical or compositional prowess. Rather, photography has sharpened my awareness of me, both as an observer and an actor; fostered a sense of belonging to a place; intensified my love of storytelling; and rekindled (and justified) an enjoyment of frivolity and whimsy in my normally serious world.

My writer’s eyes, ears and pen will continue to be my companions on this unfolding adventure. Last year I took a giant step in this respect: I called myself as a writer for the first time rather than apologetically mumbling that I write a bit. Doing so has fuelled more support, encouragement and delight than I could have imagined. On hearing my reactions to their photos, talented photographer friends have generously encouraged me to tell my story of their images; in moments of ‘brazen’ confidence I have approached e-zine editors with ideas for features; and on the final day of 2011 I saw a soupçon of my creative writing in hard copy print for the first time. Admittedly, it was only a small column in Spoonful – a delightful happiness companion – but my Greek muse M. would berate me for not calling this a big deal!

So with my documenter’s toolkit packed and my spirit hungry for exploration, sustainability and frivolity where shall I roam in 2012?

Well, this first weekend of the new year has been a taster, in microcosm, of the wanderings ahead of me this year. An intriguing tour through the complex maze of sustainable energy; a wondrous retreat from harsh realities in the greenhouse of Paris’ Jardin des Plantes; spirit-soaring defiance and strength as unknown arrangements of Wim Mertens’ minimalist music engulfed my ears, mind and heart; colourful frivolity as I lovingly picked over iridescent beads to restock my millinery supplies; and an explosion of senses as I bit into home-made earl grey madeleines.

The turn of the year may be a time for taking stock, of drawing up a balance sheet of where I have got to and intentions for the year to come. A ‘point of departure’, in contrast, is not linked to dates or festivals. It acknowledges life’s journey, the scope to change course, the freedom to rip up the itinerary, wander into tantalising quarters or even… spend the day doing absolutely nothing. I look forward to sharing many of my points of departure and tangential meanderings here in the next twelve months.